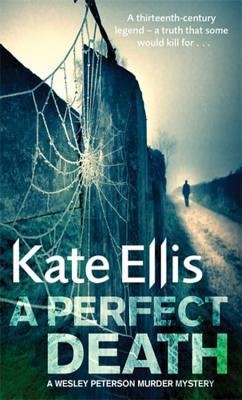 When a woman is burned to death in Grandal Field in Devon, it seems like a case of mistaken identity. Until DI Wesley Peterson learns of a legend involving a French woman who burned to death there in the thirteenth century. And when he discovers that records of a previous excavation on the site have vanished, and that two archaeologists involved in that dig died in tragic….Read More
Mystery
Amazon
goodreads

2 Books Similar to A Perfect Death

I loathe what I did, but what I loathe even more is your virtue.',,Seventeen-year-old Effi Briest is steered by her parents into marriage with an ambitious bureaucrat, twenty years her… Continue Reading Posted in: Classics, European Literature, Fiction
Info / Amazon
More Books like this
Facebook Twitter Pinterest LinkedIn