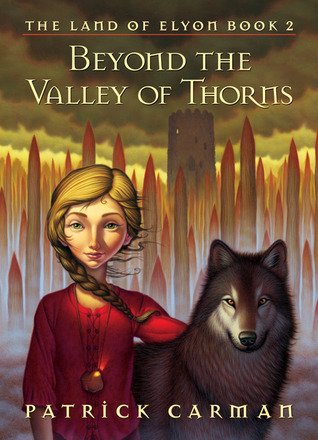 The second dazzling installment in Patrick Carman’s masterful Land of Elyon trilogy!Alexa thought her troubles were over when she defeated the man who had threatened to bring down Bridewell from within. But now that the walls around her land have fallen, a new, unexpected threat has risen from outside. Suddenly, Alexa is involved in a battle much, much larger than her own….Read More
Children's Fantasy & Magic Books
Amazon
goodreads

6 Books Similar to Beyond The Valley Of Thorns

The Dark Hills Divide: The Land of Elyon, Book 1

The Dark Hills Divide introduces readers to Alexa Daley, who annually visits the town of Bridewell. Alexa is curious about what lies beyond the massive ramparts that surround the city… Continue Reading Posted in: Children's Fantasy & Magic Books
Info / Amazon
More Books like this

Te vampire in me was closer to the surface . . .Bianca, born to two vampires, has always been told her destiny is to become one. But she has fallen… Continue Reading Posted in: Teen & Young Adult Paranormal Romance, Teen & Young Adult Vampire Fiction
Info / Amazon
More Books like this

Once Upon a Curse

Many years ago a slighted fairy placed a curse on a beautiful young princess—a curse that caused her and all her female descendants to turn into mean, ugly witches if… Continue Reading
Info / Amazon
More Books like this