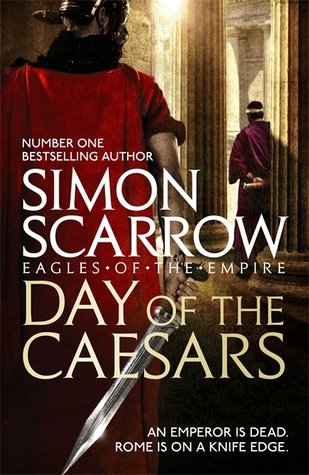 AD 55. The Roman army moves swiftly to deal with rebellion in its territories in the latest novel in Simon Scarrow’s bestselling Eagles of the Empire series. Not to be missed by readers of Conn Iggulden and Bernard Cornwell. ‘A new book in Simon Scarrow’s series about the Roman army is always a joy’ The Times,,Veteran soldiers of the Roman army Prefect Cato and Centurion Mac….Read More
Fiction Historical
Amazon
goodreads

6 Books Similar to Day of the Caesars

The Serpent on the Crown

A priceless relic has been delivered to the Emerson home overlooking the Nile. But more than history surrounds this golden likeness of a forgotten king, for it is said early… Continue Reading Posted in: Historical, Mystery
Info / Amazon
More Books like this

It is over a year since the Roman army landed on the shores of Britain. The savage warriors of the barbarian leader Caratacus continue to torment the legions. Emperor Claudius… Continue Reading Posted in: Ancient History Fiction, Historical Fiction, Historical Italian Fiction, History, Rome (Empire)
Info / Amazon
More Books like this

Gabriel is a stranger in a small Breton town. Nobody knows where he came from, or why he's here. Yet his small acts of kindness, and exceptional cooking, quickly earn… Continue Reading Posted in: Cultural, Fiction, Mystery
Info / Amazon
More Books like this
Facebook Twitter Pinterest LinkedIn