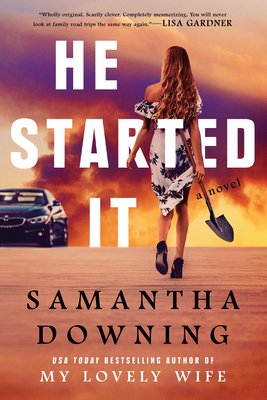 A heart-pounding roller coaster ride.–Tami Hoag, #1 New York Times bestselling author of The Boy *A Crime Reads Most Anticipated Book of 2021* *A POPSUGAR Thriller of the Month* A serial killer and his copycat are locked in a violent game of cat and mouse. Can DI Anjelica Henley stop them before it’s too late? On the day she returns to active duty with the Serial Crimes Unit, Detective Inspector Anjelica Henley is called to a crime scene. Dismembered body parts from two victims have been found by the river. The modus operandi bears a striking resemblance to Peter Olivier, the notorious Jigsaw Killer, who has spent the past two years behind bars. When he learns that someone is co-opting his grisly signature–the arrangement of victims’ limbs in puzzle-piece shapes–he decides to take matters into his own hands. As the body count rises, DI Anjelica Henley is faced with an unspeakable new threat. Can she apprehend the copycat killer before Olivier finds a way to get to him first? Or will she herself become the next victim? Drawing on her experience as a criminal attorney, debut novelist Nadine Matheson delivers the page-turning crime novel of the year. Taut, vivid and addictively sinister, The Jigsaw Man will leave you breathless until the very last page…..Read More
Mystery Thriller
Amazon
goodreads

2 Books Similar to He Started It

An alternative cover edition for this ISBN can be found here.Dexter meets Mr. and Mrs. Smith in this wildly compulsive debut thriller about a couple whose fifteen-year marriage has finally… Continue Reading Posted in: Crime, Serial Killers, United States
Info / Amazon
More Books like this

Trick Mirror is an enlightening, unforgettable trip through the river of self-delusion that surges just beneath the surface of our lives. This is a book about the incentives that shape… Continue Reading Posted in: Computers & Internet Humor, Feminist Literary Criticism
Info / Amazon
More Books like this
Facebook Twitter Pinterest LinkedIn