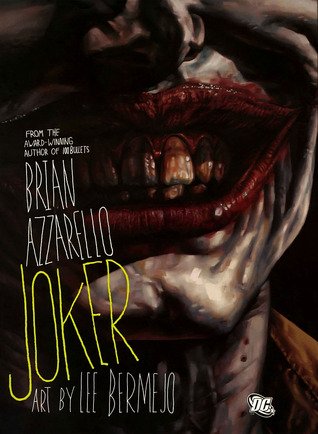 An original hardcover graphic novel that tells the story of one very dark night in Gotham City–from the creative team behind the graphic novel LEX LUTHOR: MAN OF STEEL.,,The Joker has been mysteriously released from Arkham Asylum, and he’s none to happy about what’s happened to his Gotham City rackets while he’s been “away.” What follows is a harrowing night of revenge, mu….Read More
Dc Comics Sequential Art
Amazon
goodreads

Taking place during Batman's early days of crime fighting, this new edition of the classic mystery tells the story of a mysterious killer who murders his prey only on holidays.… Continue Reading Posted in: Batman (Fictitious Character), Comic Books, Etc.), Fiction, Strips
Info / Amazon
More Books like this

A New York Times Bestseller!,,The controversial, long-awaited prequels to the best-selling graphic novel of all-time are finally here: Before Watchmen! For over twenty years, the back stories of the now… Continue Reading Posted in: Sequential Art, Superheroes
Info / Amazon
More Books like this

Batman: A Death in the Family

2-in-1 trade (also contains A Lonely Place of Dying). Please do not combine with the other Batman: A Death in the Family entry.,,Batman readers were allowed to vote on the… Continue Reading Posted in: Dc Comics, Sequential Art
Info / Amazon
More Books like this

Flashpoint has changed the DC Universe, and nothing is as it was before. Now, Batman is Thomas Wayne, driven by the death of his son Bruce to punish criminals... and… Continue Reading Posted in: Dc Comics, Sequential Art
Info / Amazon
More Books like this
Facebook Twitter Pinterest LinkedIn