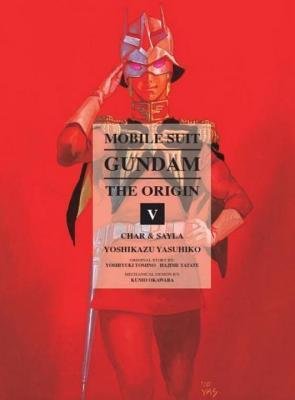 Years before the White Base landed on Earth, the seeds of war were planted in a space colony called Side-3. Here the Munzo Empire’s great philosopher Chairman Zeon Deikun would prepare a declaration before an assembly of senators, but before finishing his speech would fall victim to a sudden attack on the parliament’s dais.,,Almost instantly, on the streets, the masses have….Read More
Science Fiction Sequential Art
Amazon
goodreads

In a brutal civil war, half of humanity has been wiped out, while Zeon's army of Zaku mobile suits is the ultimate decisive weapon. With the Federation's first Gundam out… Continue Reading Posted in: Science Fiction, Sequential Art
Info / Amazon
More Books like this