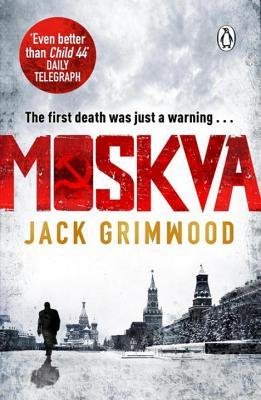 A riddle wrapped in a mystery inside an enigma . . .’,,January, 1986. A week after disgraced Intelligence Officer Tom Fox is stationed to Moscow the British Ambassador’s fifteen-year-old daughter goes missing. Fox is ordered to find her, and fast. But the last thing the Soviets want is a foreign agent snooping about on their turf. Not when a killer they can’t even acknowled….Read More
Fiction Mystery Thriller
Amazon
goodreads

The Girl in the Spider’s Web

She is the girl with the dragon tattoo—a genius hacker and uncompromising misfit. He is a crusading journalist whose championing of the truth often brings him to the brink of… Continue Reading Posted in: International Mystery & Crime, Sweden Stockholm, Thrillers & Suspense
Info / Amazon
More Books like this

MGB officer Leo is a man who never questions the Party Line. He arrests whomever he is told to arrest. He dismisses the horrific death of a young boy because… Continue Reading Posted in: Demidov, History, Leo (Fictitious Character), Torture
Info / Amazon
More Books like this
Facebook Twitter Pinterest LinkedIn