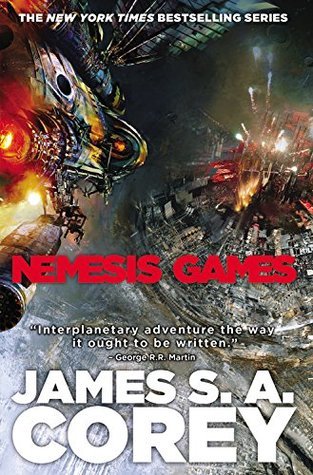 The fifth novel in James S.A. Corey’s New York Times bestselling Expanse series–now being produced for television by the Syfy Channel!A thousand worlds have opened, and the greatest land rush in human history has begun. As wave after wave of colonists leave, the power structures of the old solar system begin to buckle.Ships are disappearing without a trace. Private armies….Read More
Interplanetary Voyages Space Colonies
Amazon
goodreads

Humanity has colonized the solar system—Mars, the Moon, the Asteroid Belt and beyond—but the stars are still out of our reach.Jim Holden is XO of an ice miner making runs… Continue Reading Posted in: Science Fiction, Space Warfare
Info / Amazon
More Books like this

Following the events of The Last Colony, John Scalzi tells the story of the fight to maintain the unity of the human race.The people of Earth now know that the… Continue Reading Posted in: Space Colonies
Info / Amazon
More Books like this

The sixth book in the New York Times bestselling Expanse series. NOW A MAJOR TV SERIES FROM NETFLIX A revolution brewing for generations has begun in fire. It will end… Continue Reading Posted in: Colonization, Space Opera, United States
Info / Amazon
More Books like this

Thirteen hundred gates have opened to solar systems around the galaxy. But as humanity builds its interstellar empire in the alien ruins, the mysteries and threats grow deeper.In the dead… Continue Reading Posted in: Exploration, Humanities, Science Fiction
Info / Amazon
More Books like this
Facebook Twitter Pinterest LinkedIn