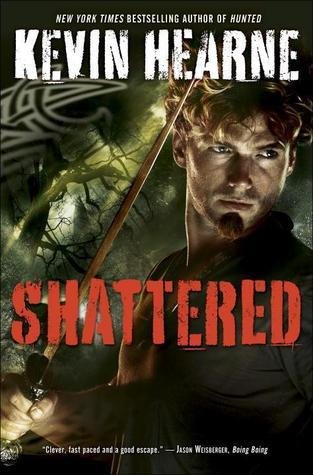 Acclaimed author Kevin Hearne makes his hardcover debut with the new novel in his epic urban fantasy series starring the unforgettable Atticus O’Sullivan. For nearly two thousand years, only one Druid has walked the Earth—Atticus O’Sullivan, the Iron Druid, whose sharp wit and sharp sword have kept him alive as he’s been pursued by a pantheon of hostile deities. Now he’s g….Read More
Celtic Gods Mythology
Amazon
goodreads

For seventeen years Declan O'Carroll has lived quietly in the upstate Vermont town of Castlebury, waiting impatiently for a chance to get out and meet the great wide world. When… Continue Reading Posted in: Science Fiction & Fantasy
Info / Amazon
More Books like this

There are no men in Claysoot. There are boys—but every one of them vanishes at midnight on his eighteenth birthday. The ground shakes, the wind howls, a blinding light descends…and… Continue Reading Posted in: Dystopian, Interpersonal Relations, Science Fiction & Fantasy, Teen & Young Adult Dystopian, Teen & Young Adult Fantasy
Info / Amazon
More Books like this
Facebook Twitter Pinterest LinkedIn