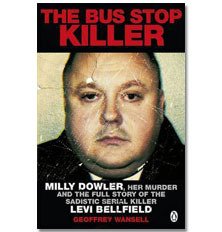 On 23 Jun 2011 the convicted double-murderer Levi Bellfield was found guilty of the murder of 13-year-old school girl Milly Dowler.,,Milly disappeared on her way home from school in Walton-on-Thames, Surrey in 2002. Six months later her body was discovered many miles away. A massive police investigation, the largest manhunt in Surrey’s history, got nowhere. Only when nightcl….Read More
Crime Nonfiction
Amazon
goodreads

In The Miso Soup

Nothing is overdone and not a word is out of place in this auspicious debut," wrote Kirkus in a starred review of Instead of Three Wishes, the first book by… Continue Reading Posted in: Fantasy Fiction, Teen & Young Adult Action & Adventure eBooks, Teen & Young Adult Royalty Fairy Tales & Folklore eBooks, Young Adult Fiction
Info / Amazon
More Books like this

A surreal coming-of-age tale that establishes Ryu Murakami as one of the most inventive young writers in the world today. Abandoned at birth in adjacent train station lockers, two troubled… Continue Reading Posted in: Abandoned Children, Bildungsromans, Suspense Thrillers
Info / Amazon
More Books like this

A woman with a talent for numbers, Alexandra Scott wanted to escape the rat race and go someplace where the men outnumber the women. Trading in her Wall Street job… Continue Reading Posted in: General Humorous Fiction, Sports Romance (Books)
Info / Amazon
More Books like this
Facebook Twitter Pinterest LinkedIn