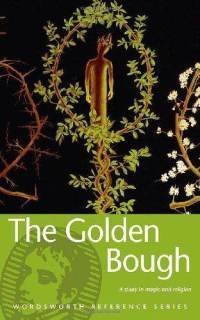 Before Joseph Campbell became the world’s most famous practitioner of comparative mythology, there was Sir James George Frazer. The Golden Bough was originally published in two volumes in 1890, but Frazer became so enamored of his topic that over the next few decades he expanded the work sixfold, then in 1922 cut it all down to a single thick edition suitable for mass dist….Read More
Mystery Origins Prehistoric Religion Social Anthropology Thriller & Suspense Graphic Novels
Amazon
goodreads

6 Books Similar to The Golden Bough

This labyrinthine and extraordinary book, first published more than fifty years ago, was the outcome of Graves's vast reading and curious research into strange territories of folklore, mythology, religion and… Continue Reading Posted in: English Literature, Fairy Tales, Goddesses, Legends, Literature And History
Info / Amazon
More Books like this

In his creation of Prince Muishkin, a character seeking perfection and yet fraught with ambiguity, the author anticipated the universal metaphysical unease of succeeding generations, producing an unforgettable masterpiece. Continue Reading Posted in: Books on CD, Manners And Customs, Nobility, Russia (Federation)
Info / Amazon
More Books like this

Where God Was Born: A Daring Adventure Through the Bible’s Greatest Stories

At a time when America debates its values and the world braces for religious war, Bruce Feiler, author of the New York Times bestsellers Walking the Bible and Abraham, travels… Continue Reading Posted in: History, Nonfiction, Religion
Info / Amazon
More Books like this

Twelve-year-old Harriet is doing her best to grow up, which is not easy as her mother is permanently on medication, her father has silently moved to another city, and her… Continue Reading Posted in: American Fiction, Brothers Death, Historical Literary Fiction, Mississippi, Psychological Literary Fiction
Info / Amazon
More Books like this

Three Men in a Boat and Three Men on the Bummel

This volume stands as the only available critical edition of two of the most popular classics in English literature.,,Three Men in a Boat describes a comic expedition by middle-class Victorians… Continue Reading Posted in: Classics, Fiction, Humor
Info / Amazon
More Books like this
Facebook Twitter Pinterest LinkedIn