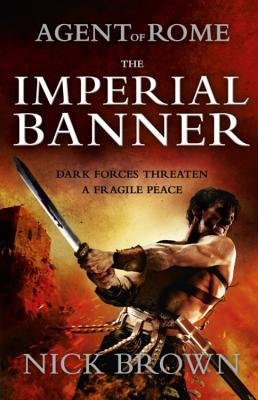 The Roman Emperor Aurelian has defeated Queen Zenobia and crushed the Palmyran revolt, but now dark forces threaten a fragile peace, in the sequel to The Siege,,Faridun’s Banner, hallowed battle standard of the Persian Empire, has fallen into Roman hands and is to be returned to the Persians as part of a crucial peace treaty. But on the eve of the signing the banner is stole….Read More
Fiction Historical
Amazon
goodreads

2 Books Similar to The Imperial Banner

Treason waits at the furthest reaches of Empire, in the third entry in an explosive Roman series from an outstanding new talent.,,When the deputy commander of Rome's Imperial Security Service is… Continue Reading Posted in: Fiction, Historical
Info / Amazon
More Books like this

The Siege (Guardians of Ga’Hoole)

In the owl kingdom, a war between good and evil is raging. On one side, Soren and the noble owls of the Great Ga'Hoole tree. On the other, Soren's fearsome… Continue Reading Posted in: Children's eBooks (Kindle Store), Children's Folk Tales & Myths (Kindle Store)
Info / Amazon
More Books like this
Facebook Twitter Pinterest LinkedIn