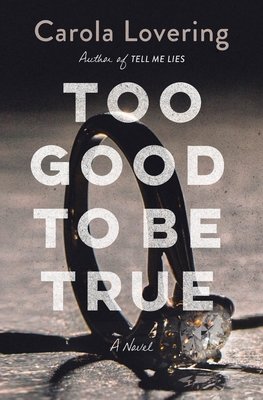 From the celebrated author of the New York Times bestseller Behold the Dreamers comes a sweeping, wrenching story about the collision of a small African village and an American oil company. “A novel with the richness and power of a great contemporary fable, and a heroine for our time.”–Sigrid Nunez, author of The Friend, winner of the National Book Award We should have known the end was near. So begins Imbolo Mbue’s powerful second novel, How Beautiful We Were. Set in the fictional African village of Kosawa, it tells of a people living in fear amid environmental degradation wrought by an American oil company. Pipeline spills have rendered farmlands infertile. Children are dying from drinking toxic water. Promises of cleanup and financial reparations to the villagers are made–and ignored. The country’s government, led by a brazen dictator, exists to serve its own interests. Left with few choices, the people of Kosawa decide to fight back. Their struggle will last for decades and come at a steep price. Told from the perspective of a generation of children and the family of a girl named Thula who grows up to become a revolutionary, How Beautiful We Were is a masterful exploration of what happens when the reckless drive for profit, coupled with the ghost of colonialism, comes up against one community’s determination to hold on to its ancestral land and a young woman’s willingness to sacrifice everything for the sake of her people’s freedom…..Read More
Fiction Mystery Thriller
Amazon
goodreads

11 Books Similar to Too Good to Be True

High-energy . . . Finlay expands the puzzle and ratchets up the action. --New York Times This debut is gripping from the first bone-chilling line until the final page. --Newsweek… Continue Reading Posted in: Fiction, Mystery, Thriller
Info / Amazon
More Books like this

Alternate cover edition of ISBN 9781982159467., , For readers of Valeria Luiselli and Edwidge Danticat, an urgent and lyrical novel about a Colombian family fractured by deportation, offering an intimate… Continue Reading Posted in: Contemporary, Fiction, Literary Fiction
Info / Amazon
More Books like this

Who Is Maud Dixon?

Florence Darrow is a small-town striver who believes that she's destined to become a celebrated writer. When she stumbles into the opportunity to become the assistant to "Maud Dixon," a… Continue Reading Posted in: Fiction, Mystery, Thriller
Info / Amazon
More Books like this

The Girls Are All So Nice Here

When children start to go missing in the local woods, a teen girl must face her fears and a past she can't remember to rescue them in this atmospheric YA… Continue Reading Posted in: Mystery, Thriller
Info / Amazon
More Books like this

A kaleidoscopic fictional oral history of the beloved rock 'n' roll duo who shot to fame in 1970s New York, and the dark, fraught secret that lies at the peak… Continue Reading Posted in: Mystery, Thriller
Info / Amazon
More Books like this

We Begin at the End

ONE LOVE STORY. TWO MARRIAGES. THREE VERSIONS OF THE TRUTH. Too Good to Be True is an obsessive, addictive love story for fans of Lisa Jewell and The Wife Upstairs,… Continue Reading Posted in: Fiction, Mystery, Thriller
Info / Amazon
More Books like this