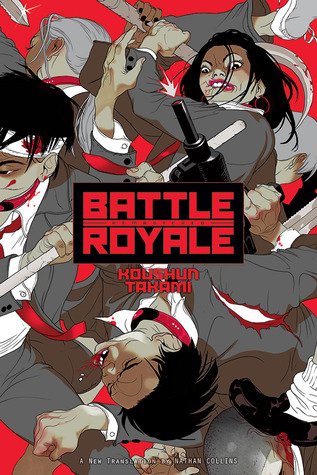 Koushun Takami’s notorious high-octane thriller envisions a nightmare scenario: a class of junior high school students is taken to a deserted island where, as part of a ruthless authoritarian program, they are provided arms and forced to kill until only one survivor is left standing. Criticized as violent exploitation when first published in Japan—where it became a runaway….Read More
Fiction Horror Science Fiction
Amazon
goodreads

Secluded in his remand cell, a small-time criminal surrenders himself to sadistic fantasies of hatred and revenge. Selby's second novel is a claustrophobic descent into the tormented soul of a… Continue Reading Posted in: Fiction In English American Writers 1945 Texts, Prisoners, Psychological Fiction, Psychological Literary Fiction, United States
Info / Amazon
More Books like this

Is it possible to be haunted by someone who isn't even dead?Suze is used to trouble, but this time she's in deep: Ghostly Jesse has her heart, but Paul Slater,… Continue Reading Posted in: Teen & Young Adult Ghost Stories eBooks, Teen & Young Adult Romantic Mystery eBooks
Info / Amazon
More Books like this

In the near future, at a moment no one will notice, all the dazzling technology that runs our world will unite and turn against us. Taking on the persona of… Continue Reading Posted in: Science Fiction, War Stories
Info / Amazon
More Books like this