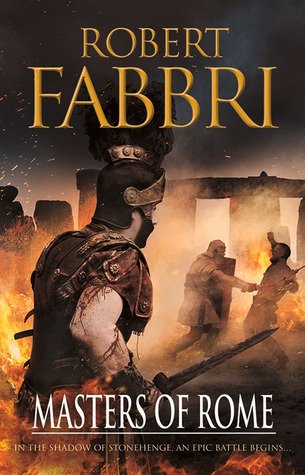 Britannia, 45 AD: In the shadow of Stonehenge, Vespasian’s brother, Sabinus, is captured by druids. The druids want to offer a potent sacrifice to their gods – not just one Roman Legate, but two. They know that Vespasian will come after his brother, and they plan to sacrifice the siblings on a summer’s day. But to whom will they be making this sacrifice? What were the gods….Read More
Fiction Historical
Amazon
goodreads

4 Books Similar to Masters of Rome

The Furies of Rome

AD 58: Rome is in turmoil once more. Emperor Nero has set his heart on a new wife but to clear a path for her, he must first assassinate his… Continue Reading Posted in: Historical, Roman
Info / Amazon
More Books like this

Vespasian's fourth adventure—can he escape his own Emperor's wrath?,,Caligula has been assassinated and the Praetorian Guard have proclaimed Claudius Emperor—but his position is precarious. His three freedmen, Narcissus, Pallas, and… Continue Reading
Info / Amazon
More Books like this

One man, born in rural obscurity, destined to become one of Rome's greatest Emperors,,26 AD: 16-year-old Vespasian leaves his family farm for Rome, his sights set on finding a patron and… Continue Reading
Info / Amazon
More Books like this
Facebook Twitter Pinterest LinkedIn