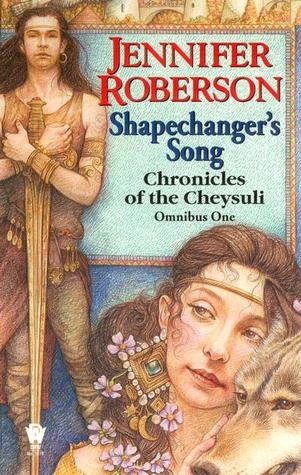 Contains: Kinspirit,,Shapechangers,They were the Cheysuli, a race of magical warriors gifted with the ability to assume animal shape at will. For centuries they had been allies to the King of Homana, treasured champions of the realm. Until a king’s daughter ran away with a Cheysuli liege man and caused a war of annihilation against the Cheysuli race. Twenty-five years later t….Read More
American Epic Fantasy Family Saga Fiction Fantasy Fiction Metamorphosis
Amazon
goodreads

An alternative cover for this edition can be found hereHOW CAN ONE GIRL SAVE AN ENTIRE WORLD?To the nobles who live in Benden Weyr, Lessa is nothing but a ragged… Continue Reading Posted in: Adventure Stories, Pern (Imaginary Place), Science Fiction
Info / Amazon
More Books like this

Ever since the slaughter of the witches, the Fae—who should be shielding their long-lost cousins from danger—have ignored the needs of the rest of the world. And shadows are again… Continue Reading Posted in: Paranormal Fiction, Witches
Info / Amazon
More Books like this
Facebook Twitter Pinterest LinkedIn