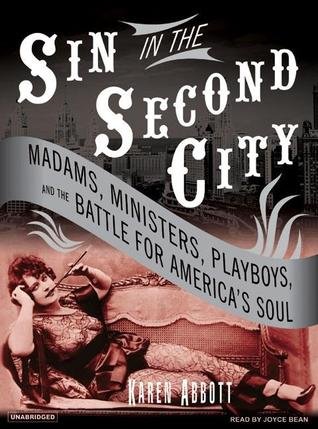 Step into the perfumed parlors of the Everleigh Club, the most famous brothel in American history—and the catalyst for a culture war that rocked the nation. Operating in Chicago’s notorious Levee district at the dawn of the twentieth century, the club’s proprietors, two aristocratic sisters named Minna and Ada Everleigh, welcomed moguls and actors, senators and athletes, f….Read More
Brothels Everleigh Minna Prostitution
Amazon
goodreads

5 Books Similar to Sin in the Second City: Madams, Ministers, Playboys, and the Battle for America’s Soul

Curtis Sittenfeld's sparkling debut is set in an American boarding school, a hotbed of privilege, ambition and neurosis, every bit as snobbish and competitive as anything dreamed up on this… Continue Reading Posted in: Coming of Age Fiction (Books), Literature, Psychological Fiction, Teenage Girls, United States
Info / Amazon
More Books like this
Facebook Twitter Pinterest LinkedIn