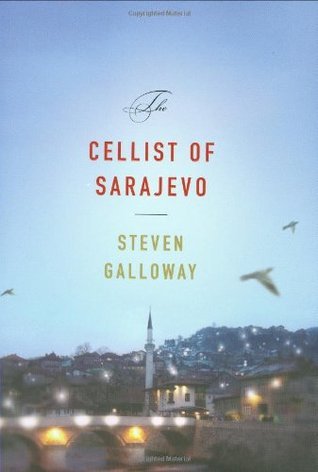 This brilliant novel with universal resonance, set during the 1990s Siege of Sarajevo, tells the story of three people trying to survive in a city rife with the extreme fear of desperate times, and of the sorrowing cellist who plays undaunted in their midst.One day a shell lands in a bread line and kills twenty-two people as the cellist watches from a window in his flat. H….Read More
Fiction History Violoncellists
Amazon
goodreads

7 Books Similar to The Cellist of Sarajevo

On a beach holiday,forty-year-old Cordelia Grinstead, dressed only in swimsuit and beachrobe, walks away from her family and just keeps on walking...OVER A MILLION ANNE TYLER BOOKS SOLD‘She’s changed my… Continue Reading Posted in: Literary Criticism & Theory, Psychological Literary Fiction
Info / Amazon
More Books like this

In 1903 a mysterious young woman flees alone across the West, one heart-pounding step ahead of the law. At nineteen, Mary Boulton has just become a widow—and her husband's killer.… Continue Reading Posted in: Adventure Stories, Fiction, Women Murderers
Info / Amazon
More Books like this

The World to Come

I believe that when people die, they go to the same place as all the people who haven’t yet been born. That’s why it’s called the world to come, because… Continue Reading Posted in: Forgeries, Fugitives From Justice, Psychological Fiction
Info / Amazon
More Books like this

On March 18, 1990, thirteen works of art worth today over $500 million were stolen from the Isabella Stewart Gardner Museum in Boston. It remains the largest unsolved art heist… Continue Reading Posted in: Art Forgeries, Art Forgers
Info / Amazon
More Books like this