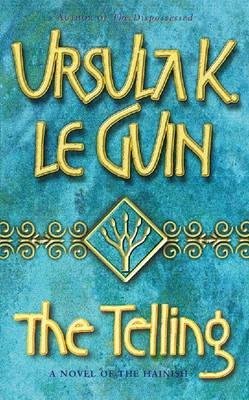 There have been eighty requests to send an Observer into the hinterlands of the planet Aka to study the natives. Much to everyone’s surprise, the eighty first request is granted, and Observer Sutty is sent upriver to Okzat Ozkat, a small city in the foothills of Rangma, to talk to the remnants in hiding of a cult practising a banned religion. On Aka, everything that was wr….Read More
American Fiction Cults Epic Fantasy Political Fiction Totalitarianism And Literature
Amazon
goodreads

7 Books Similar to The Telling

A Canticle For Leibowitz

At first, only a few things are known about the celestial object that astronomers dub Rama. It is huge, weighing more than ten trillion tons. And it is hurtling through… Continue Reading Posted in: Alien Invasion Science Fiction, Fiction In English 1900 Texts, Hard Science Fiction, Reading Books, Textbooks For Foreign Speakers
Info / Amazon
More Books like this

From the author of the underground sensation Fight Club comes this wickedly incisive second novel, a mesmerizing, unnerving, and hilarious vision of cult and post-cult life.Tender Branson—last surviving member of… Continue Reading Posted in: Psychological Fiction, Satire
Info / Amazon
More Books like this