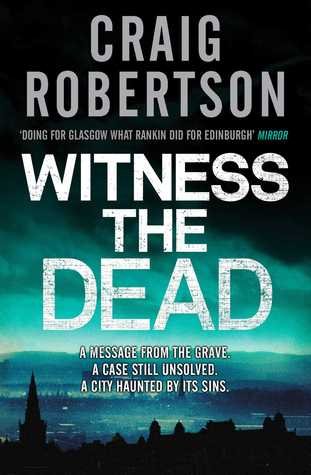 Scotland 1972. Glasgow is haunted by a murderer nicknamed Red Silk – a feared serial killer who selects his victims in the city’s nightclubs. The case remains unsolved but Archibald Atto, later imprisoned for other murders, is thought to be Red Silk. In modern-day Glasgow, DS Rachel Narey is called to a gruesome crime scene at the city’s Necropolis. The body of a young wom….Read More
Fiction Mystery Thriller
Amazon
goodreads

3 Books Similar to Witness the Dead

The Last Refuge (A Dewey Andreas Novel)407 pp. 'With time running out to stop the nuclear destruction of Tel Aviv, Dewey Andreas must defeat his most fearsome opponent yet.Off a… Continue Reading Posted in: Iran, Suspense Fiction
Info / Amazon
More Books like this

November 1992. Scotland is in the grip of its coldest winter in 30 years and the Lake of Menteith in the Trossachs is frozen over. A young man and woman… Continue Reading Posted in: Mystery, Thriller
Info / Amazon
More Books like this

In this chilling crime thriller, a police officer discovers a psychopath, but learns that his actions are even more terrible than imagined.,,It’s 2:00 a.m. in Glasgow. DI Rachel Narey and… Continue Reading Posted in: Fiction, Mystery
Info / Amazon
More Books like this
Facebook Twitter Pinterest LinkedIn