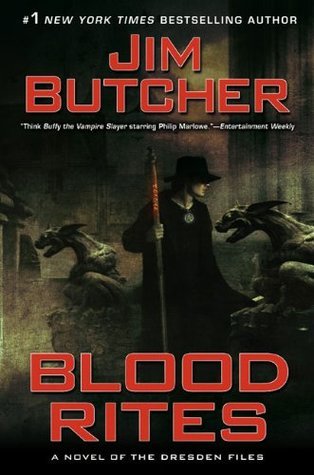 For Harry Dresden, there have been worse assignments than going undercover on the set of an adult film. Still, there’s something more troubling than usual about his newest case. The film’s producer believes he’s the target of a sinister curse-but it’s the women around him who are dying.Harry’s even more frustrated because he only got involved with this bizarre mystery as a….Read More
Detective And Mystery Stories Dresden Harry (Fictitious Character) Private Investigators
Amazon
goodreads

Atticus O'Sullivan, last of the Druids, lives peacefully in Arizona, running an occult bookshop and shape-shifting in his spare time to hunt with his Irish wolfhound. He draws his power… Continue Reading Posted in: Arizona, Fantasy Fiction
Info / Amazon
More Books like this

Werewolves, vampires, witches, voodoo, Elvis---and weddingsAn "ordinary" wedding can get crazy enough, so can you imagine what happens when otherworldly creatures are involved? Nine of the hottest authors of paranormal… Continue Reading Posted in: American, Paranormal Romance Stories, Weddings
Info / Amazon
More Books like this

James Stark, aka Sandman Slim, has managed to get out of Hell, renounce his title as the new Lucifer, and settle back into life in LA. But he's not out… Continue Reading Posted in: American Literature, Fantasy, Horror, Paranormal & Urban, Paranormal & Urban Fantasy
Info / Amazon
More Books like this

John Taylor is a P.I. with a special talent for finding lost things in the dark and secret center of London known as the Nightside. He's also the reluctant owner… Continue Reading Posted in: England London, John (Fictitious Character), Taylor
Info / Amazon
More Books like this
Facebook Twitter Pinterest LinkedIn