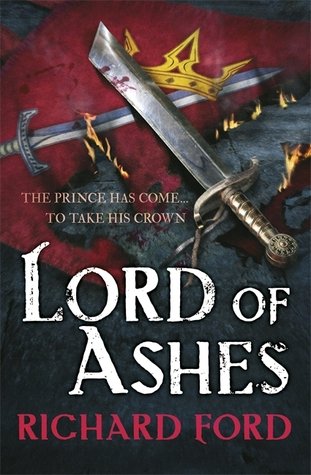 Ford’s acclaimed epic fantasy series comes to an exhilarating and bloody climax.,,FIGHT TO THE DEATH…,,The queen of Steelhaven has grown in strength. Taking up her dead father’s sword, she must defend the city from the dread warlord Amon Tugha and his blood-thirsty army now at the gates. A vicious, unrelenting four-day battle ensues, the most perilous yet.,,…OR BOW TO THE E….Read More
Fantasy Fiction
Amazon
goodreads

9 Books Similar to Lord of Ashes

The Lay Of The Land

As a sportswriter, Frank Bascombe makes his living studying people--men, mostly--who live entirely within themselves. This is a condition that Frank himself aspires to. But at thirty-eight, he suffers from… Continue Reading Posted in: American Fiction, United States
Info / Amazon
More Books like this

In this novel of menace and eroticism, Richard Ford updates the tradition of Conrad for the age of cocaine smuggling. The setting is Oaxaca, Mexico, where Harry Quinn has come… Continue Reading Posted in: Fiction, Literature, Novels
Info / Amazon
More Books like this